Aside from wanting central and convenient accommodation in Fernie, you’ll be excited to hear about the history of Fernie and what else we have to offer. Here is our hotel’s quick guide to what Fernie’s all about. 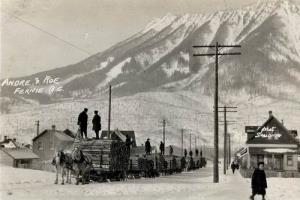 Learn a piece of Fernie history! Just over a century ago, populated seasonally by First Nations peoples, Fernie was a pristine wilderness. The region remained relatively untouched until the exploration of the Crowsnest Pass in 1873 by Michael Phillips. This discovery, and the sighting of outcroppings of coal, opened the region to the rest of the continent.

Fernie takes its name from William Fernie, who along with Colonel James Baker was a main player in the drive to bring coal mining to the valley. It took ten years to raise enough money to build the mines and the railway needed to transport the coal to market. In 1897 coal mining began in the region and in 1898 the Canadian Pacific Railroad arrived, and with it, the town of Fernie. As Fernie grew, logging quickly became the second largest industry in the area with logging camps employing hundreds of men.

The Legend of the Ghostrider 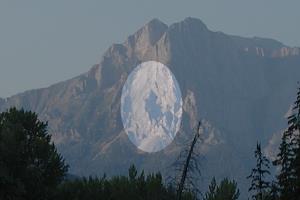 Lying in the shadows, a legend waits for the afternoon sun. On a summer evening, out of Mt. Hosmer’s face, comes the Ghostrider. The shadow of a distinctive horse and rider, the ghost some say of an angry Indian Chief and his jilted daughter pursuing William Fernie. As the legend goes, William Fernie was courting an Indian Princess to learn the source of her sacred black stone necklace. It is said that after learning the secret location of the Morrissey Coal Seams, Fernie stopped seeing the Princess and the tribe’s medicine woman placed a curse on the Elk Valley.

Residents of Fernie feared the curse was real after several tragedies struck the town. Fire reduced the town to rubble in 1904 and again in 1908. In 1916, the Elk River flooded and in 1917 there was a mining disaster. A public ceremony in 1964 officially lifted the curse. Members of the Kootenay Tribes assembled in Fernie and Chief Red Eagle (Ambrose Gravelle) and Fernie Mayor James White smoked a pipe of peace to close off this piece of Fernie history. Although the curse was lifted over 35 years ago, on summer evenings, the ghost of an angry Indian chief and his jilted daughter still rides above Fernie.

The Legend of the Griz

Fernie was not always blessed with an abundance of powder. It took a local man, a hero in the history of Fernie, to coax the snow from the sky, gracing the region with an astounding annual snowfall of over 29 feet. His name is the Griz! In 1879, the Griz was born in a ferocious grizzly bear’s den, prompting an epic battle between child and bear. The townsfolk, fearful of the noise heard that night, sent out a party in search of the cause. One man saw a boy wearing a bear coat and hat, but because no one believed what the man had seen, the sighting was almost forgotten. The Griz was last seen by backcountry tourers ascending the peaks above Fernie Alpine Resort in a heavy snowstorm. No longer a boy, the Griz is of average height with broad shoulders six feet wide, holding an eight-foot musket. The skiers watched the 300-pound Griz shoot his giant musket into the clouds, coaxing snow to fall.

In his honour, the people of Fernie hold a carnival in early spring to celebrate the snow. Sporting events, competitions, parades and parties mark the festivities. Pleased with these celebrations, the Griz blankets the mountains with some of the best dry campaign powder in the world. 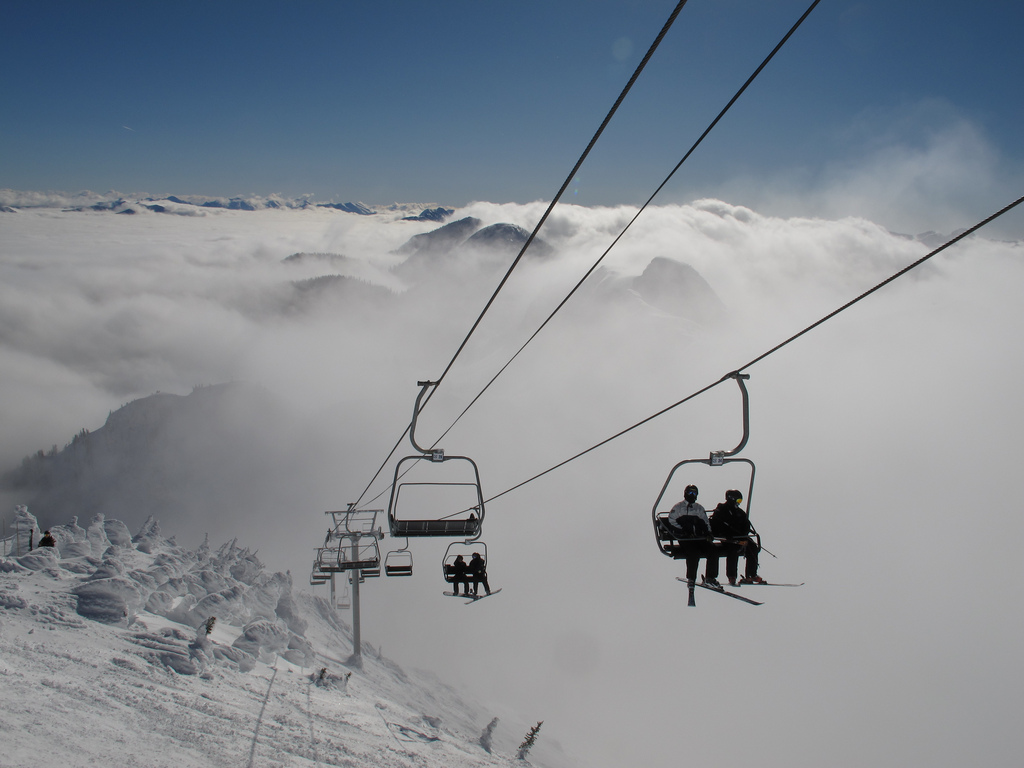 In 1963 locally owned Fernie Snow Valley opened, laying the foundation for today’s resort by cutting runs, building lifts and creating the resort’s first on-mountain subdivision. In 1998 the resort was purchased and was renamed Fernie Alpine Resort. The ski area was doubled with the construction of new lifts and building began on the alpine village at the base of the resort.

Known as one of North America’s Best Snow Destinations, Fernie Alpine Resort boasts over 1,000 hectares (2,500 acres) of skiing on named trails and bowls across a wide swath of the Lizard Range. The terrain varies from long, gentle beginner and intermediate runs to hair-raising double black diamonds runs. From massive alpine bowls to narrow rock chutes, to open glades to impeccable groomers, Fernie Alpine Resort presents every skier with a challenge. With an average annual snowfall of 29 feet, Fernie provides some of the best snowboarding, skiing, dog sledding, cross country skiing, ice skating, snow shoeing and much more! For more information about Fernie Alpine Resort visit their website.

Fernie is renowned for its winter but locals swear that summer is even better. Whether you’re an adventure seeker or just looking to relax, the Elk Valley has something for everyone. Enjoy….. white-water rafting, canoeing, biking, hiking, swimming, boating, golf, horseback riding, fly-fishing, kayaking, nature tours and more! Downtown Fernie, complete with turn-of-the-century buildings, is a short walk from the Red Tree Lodge and offers an excellent selection of unique stores including clothes and outdoor activity shops, restaurants, bars, and coffee shops, as well as the Fernie Aquatic Centre, Fernie Museum (a great resource to learn more about Fernie history), and much more. A walk down Victoria Avenue (2nd Avenue) provides a stunning vista of the Lizard Range framed by the architecture of the heritage buildings lining the street. A photo opportunity at its best!

Make Red Tree Lodge your Fernie hotel while you travel to all the beautiful and unique places in the Elk Valley. The local lakes, like Koocanusa and the relaxing natural hot springs of Whiteswan. Explore Kikomun Provincial Park and old Fort Steele. The possibilities are endless! Ask our Front Desk when you arrive for Summer Fun options or talk to them about how to book an adventure you won’t forget!

In Fernie we like to be social and we need your help to capture all the stoke! We live in a beautiful and special place and we love to share what’s happening. Whether your slashing the pow, hitting the trails, chasing waterfalls or exploring historic downtown take a photo and post it with the hashtag #ferniestoke

Below is a live and constantly updating selection of Tourism Fernie’s faves. Help us share the stoke, use #ferniestoke